This thrilling tale of escape from a deep south plantation takes in terror, beauty and the history of human tragedy

Known for virtuoso novels including The Intuitionist, John Henry Days and Zone One, Colson Whitehead’s oeuvre is a ribald and thrilling mixture of sci-fi, mystery and horror, full of class-consciousness, down-home wisdom and heady scepticism. But with his latest novel, Whitehead seems to have discovered a new freedom – as if he had stepped on to the railroad of the title with his heroine, a slave named Cora, and is walking out unbound to show us that what we are taught of slavery is a watery half-truth. 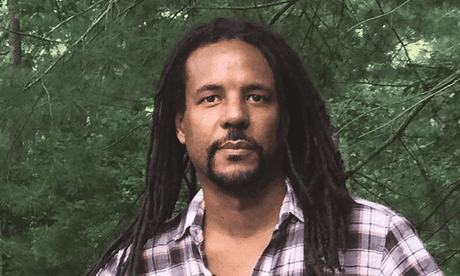 The Underground Railroad was a network of secret routes and safe houses established in the United States during the early-to-mid 19th century, and used by African-American slaves to escape into free states and Canada with the aid of abolitionists and allies who were sympathetic to their cause.[1] The term is also applied to the abolitionists, both black and white, free and enslaved, who aided the fugitives.[2] Various other routes led to Mexico or overseas.[3] An earlier escape route running south toward Florida, then a Spanish possession, existed from the late 17th century until shortly after the American Revolution.[4] However, the network now generally known as the Underground Railroad was formed in the late 1700s, and reached its height between 1850 and 1860.[5] One estimate suggests that by 1850, 100,000 slaves had escaped via the “Railroad”.[5]

An Oprah’s Book Club selection, the novel opens on the horrific Randall plantation in antebellum Georgia, where rape, castration and whippings that cut through to the bone are commonplace. Whitehead shows us both “the travesties so routine and familiar that they were a kind of weather, and the ones so imaginative in the monstrousness that the mind refused to accommodate them”.

Caesar, a northern slave sold into the hell of the south, is ready to risk an escape attempt. “The first time Caesar approached Cora about running north, she said no. This was her grandmother talking.” The book then takes us back to the life of Ajarry, Cora’s grandmother, encompassing the abduction of Africans; torture and suicide during the middle passage to America; the transition from being seen as human to mute beast. After years of brutality, “Ajarry died in the cotton, the bolls bobbing around her like whitecaps on the brute ocean”.

As an adult, Cora receives a near-fatal beating. She is then ready. “Three weeks later she said yes. This time it was her mother talking.” Cora’s mother, Mabel, escaped the horrors of the plantation, abandoning her 11-year-old daughter. Left to fend for herself, Cora uncovered a taproot of strength and learned to fight as she grew into a woman. And years later, in the tracks of her mother, Cora and Caesar run. “He oriented himself with the constellations and the runaways stumbled on, impelled into the night … From the trunk of their scheme, choices and decisions sprouted like branches and shoots.” There is no going back, only forward.

In a masterful stroke reminiscent of the black American artist Alison Saar, the metaphorical Underground Railroad of history – whereby slaves were transported under cover of night from one safe house to the next, bound for free land – is replaced by an actual train, the stations hewn by mysterious hands. The trains and their long black tunnels are like wormholes in deep space, possible shortcuts to another region of spacetime. However, instead of time travel, Whitehead’s railway takes Cora to different realities within the United States. No one knows where the train goes – deeper south, or north to freedom – yet Cora braves the ride. She braves more than that. Much more.

On her trail is Ridgeway, a notorious slave catcher so vividly drawn that his stubble seems to scratch your cheek. We smell the sulphur of gunpowder, the sour-sweet taste of blood and gristle. Ridgeway has a gang of scouts, one of whom wears a necklace of ears around his neck. Mabel had eluded Ridgeway; he swears that her daughter Cora will not. Ridgeway is the embodiment of manifest destiny. Whitehead writes: “Here was the true Great Spirit, the divine thread connecting all human endeavour – if you can keep it, it is yours. Your property, slave or continent. The American imperative.” The savage, inhuman hunt begins and we follow it down the tracks.

The journey is more rocket ship than train, as Cora shoots through tunnels and we go with her. Each chapter leapfrogs over the next as we are yanked, jostled, dragged into lands beyond imagination. We see a kaleidoscope of macabre colours: brown skin charred black after being torched. The soil turning into red mud. Mouths sewn shut. This uncanny novel never attempts to deliver a message – instead it tells one of the most compelling stories I have ever read.

Cora’s strong, graceful hands touch on the greatest tragedies of our history, as the train’s different destinations call to mind Roman crucifixions, The Diary of Anne Frank, the horrors of Auschwitz, as well as a golden age of art, poetry and majesty. The terror and the beauty rise and ebb, but they both produce echoes. Mostly Whitehead tells the untold stories of, as the title of WEB Du Bois’s seminal essay collection puts it, The Souls of Black Folk. As a black American woman, I realised reading Whitehead’s book a truth about myself. Although I was shown drawings from the age of eight of how black men and women were stacked and shipped as cargo, and though I’ve read and studied and written papers, I did not know that I had in part spent my life as if I were treading water in a deep ocean, my feet never touching the sandy floor, some part of me still lost in the middle passage. I may never know who my great-great-great-grandmother was, but after reading this novel I know where she has been in ways I never had before. It provides a firm pillar to stand on, the arc of history all the more clear. This knowledge is not only imperative for black people, but for everyone.

Perhaps Whitehead has created time travel after all. While reading this novel, I was also catapulted to the lands of Trump and Brexit; to the wasteland of Aleppo; to the millions caught in the trap of trafficking – modern-day slavery. As of June 2016, 173 black men and women had been fatally shot by police this year – for the crime of raising their hands or walking down a street, or driving, or laughing, or having a mental illness, or playing in the park, or loving or simply breathing. My own brother, a therapist for at-risk youth, has been stopped by police more than once and asked about a fictitious “criminal record”. There is still fear in the soil and soul of this nation for its black population. Cora may have been devastated to see this new world. But she also would have seen a black man in the White House, the civil rights movement and the activist Angela Davis, and women’s rights. And she may have arrived at the belief that there is indeed an argument for hope. Written by • Cynthia Bond’ in the Guardian.